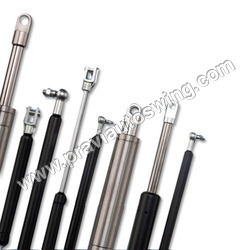 We lead in the industry through our efficient team strength that assist in manufacturing, exporting and supplying unmatched quality Piston Gas Spring. This spring helps in allowing variable friction settings and is installed in delicatessen counters, sunbeds, canopies, monitor arms, acoustic hoods, etc. The offered spring is precisely manufactured under the direction of our professionals by utilizing superior grade raw materials and ultra-modern techniques. Besides, this Piston Gas Spring is offered at the most reasonable rates to our clients.

How a gas spring generates a force?

There is a particularly important difference between a gas spring and a bicycle pump. And that is the way, in which the force is created when you push the piston. Imagine you cover the end of a bicycle pump and push the piston, you will straightaway find that there is a force pushing outward in opposition to your hand. Because the gas pressure on one side of the piston is higher than the air pressure on the another side. In other way, the force is created by a variation in pressure on the two piston sides.

In a gas spring, the things are not the same. Fluid can flow through / around the piston from one side to other, as a result the pressure is same on both the sides. However the pressure works over a greater field on the inner surface of the piston than on the outer side, because the piston rod covers some area. It means there is much force on the face inside than on the outside - and that's how a gas spring makes force when you push it in. Hence we can say the force is created by a divergence in area.

The force / output force size a gas spring makes is equal to the area of piston times the inner pressure. The force is decreased by friction between the cylinder and the piston, which is a reason that why lubrication is essential. And it increases with temperature - according to the primary gas laws, high temperatures increase the pressure of the gas in cylinder. More like metal springs, the gas springs are available in different sizes. You can select one with just the accurate size of piston and cylinder, and the exact amount of gas pressure to ensure just as much force in the spring, as you require to perform a specific job.

With two gas springs either side to render around as much force when they are compressed as the lid weight, you can support a car's trunk lid. For an office chair with gas-lift, you need the spring to give a little more force than the weight of its seat. Normally, the spring doesn't really support the person's weight. Instead, it is equipped with a lever attached that locks and grips at a certain height, keeping the seat from moving up / down further. The spring is only designed to let the seat move up / down softly without having to demand much force. 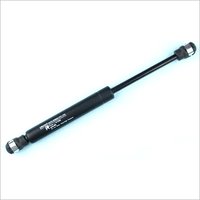 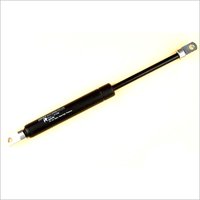 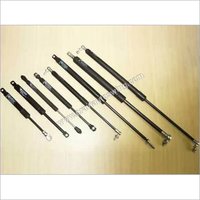 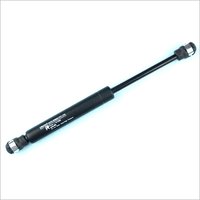